Busy couple of weeks for me as I spent a long weekend with family in Napa Valley for a wedding, got back to working full-time, and spent hours watching awards shows in addition to my regular diet of IFC 90's comedies. 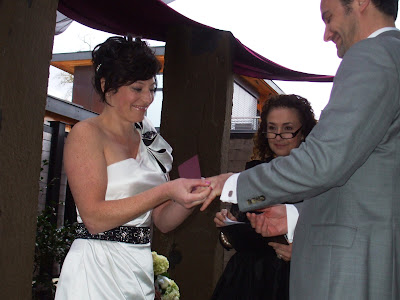 Besides the actual ceremony and reception, the highlight was visiting Rubicon Estate, one of Coppola's wineries. 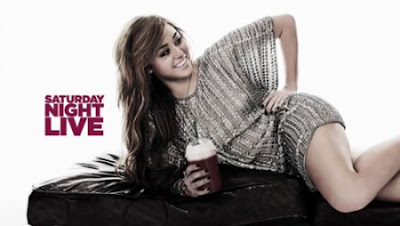 Also me and my cousins watching Miley Cyrus host SNL. Yes, she's 18 now so it's OK to admit that she's sexy… and a surprisingly good singer. 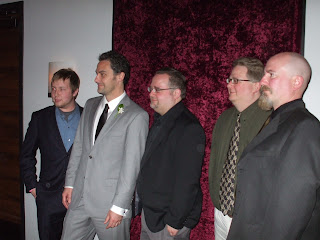 This is a particularly good sketch from Mr. Show, featuring Jack Black, doing a lengthy parody of Jesus Christ Superstar (a personal fave - specifically the Ian Gillan studio version - NOT the movie S.T.)


During the month of February, TCM programmed movies than had won Oscars. Not just best picture winners, but any acting, directing, or technical awards. So early one morning I turned on Federico Fellini's La Strada (The Road) (1954) which I have to admit I'd never seen before, despite loving and owning almost all of his films from the 60's and 70's. 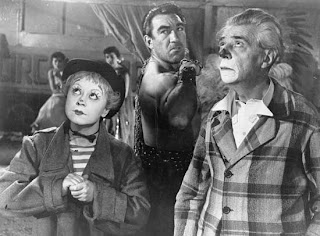 Being from his more neo-realist period and starring wife Giulietta Masina it always looked too dry or depressing to me. Well, I was gladly proven wrong: of course it was great, at times both sad and funny, involving Fellini's usual themes of marital fidelity, rustic Italian tradition, and the arts of clowning and the circus. The characters portrayed by Giulietta and Anthony Quinn are like magnetic opposites, constantly attracting and repelling each other, unable to escape their entwined fates. 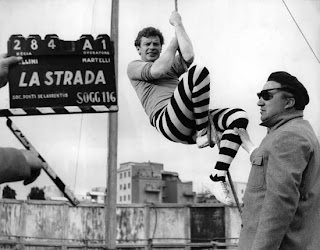 Richard Basehart was a revelation as the charming high-wire artist "The Fool." (I only knew him as the object of the MST3K robot Gypsy's affection, I think more for his work in sci-fi/action shows. But after seeing his in La Strada, consider me a fan now too.) And of course there's a lovely score by Nino Rota.

Another one of the things I caught up on was the PBS American Masters documentary on the great actor Jeff Bridges. He comes across as a lovable guy, committed to his his art. Would have appreciated some scenes of his bearded self in King Kong, the first film I saw his in as a child, but overall it was a good survey of his career. Never knew the Coen Brothers wrote the character of "The Dude" in the The Big Lebowski with him in mind for the role. 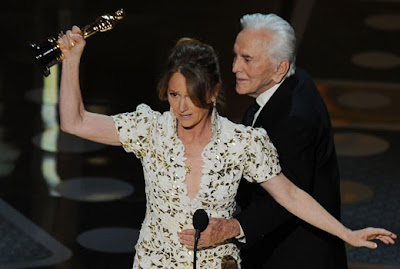 Brief notes on awards season:
I liked so many movies from 2010 I couldn't be too angry or disappointed by who won or lost. Despite many claims by critics throughout the year, I felt it was a good crop. But between actual awards shows, IFC's 2 hour plus Film Independent Spirit Awards telecast was superior to the bloated nearly 4 hour Oscars. The snarky Joel McHale was funnier than the strange pairing of Franco/Hathaway. Many of the same films were up for the same awards, but Indie Spirit gets the nod for the fact that Banksy's Exit Through The Gift Shop was awarded Best Documentary, with Mr. Brainwash accepting onstage.

Just a heads-up for next year, film-nerds: watch this awards show - it will piss you off the least. List of winners. 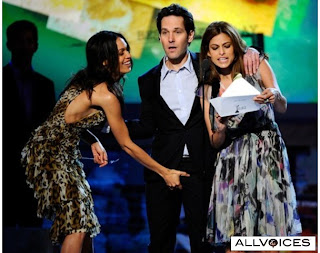 Biggest Oscar disappointments:
• No nominations for editing or visual effects for Edgar Wright's Scott Pilgrim, which he addressed with his typical English politeness in this Doug Loves Movies podcast episode.
• Burton's ugly-looking Alice winning anything at all.
• No Daft Punk Tron: Legacy score nod.
• My personal favorite film Animal Kingdom won nothing, but hopefully the supporting performance of Jacki Weaver will encourage more folks to check it out.
• And as Capone reminded me, no Best Director nom/win for Inception, a technically brilliant film that left some viewers cold. 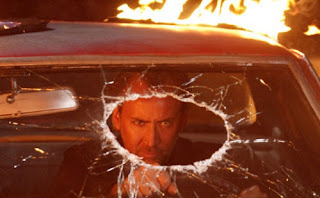 In the non-award worthy category:
Drive Angry 3D which was trashy fun but relentlessly stupid. I was mostly dumbfounded that they chose the primary villains to be a white trash satanic cult. So very 70's of them, hearkening back to B-movies like Race With The Devil and The Devil's Rain. The recent House of the Devil (which I loved) used the same plot twist. 2011 looks to be a big year for insidious religious groups what with Red State, Martha Marcy May Marlene, etc. coming out of Sundance this year. 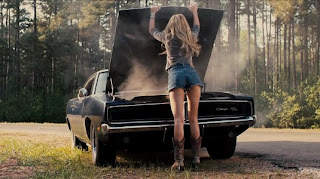 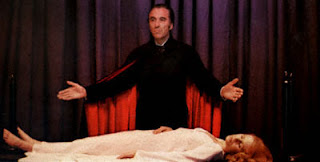 That same weekend I watched Elvira host Hammer's The Satanic Rites of Dracula (1973) , Christopher Lee's last entry in their Dracula series which at this point they were trying (too hard/not hard enough) to update the mythology to modern times. Always heard it was awful, and it was, but not as bad as I'd feared. But there is a reason it is public domain and unlikely to ever be properly restored for pristine HD home video release. Peter Cushing is his usual solid Van Helsing vampire hunter but here he is pitted against a (…wait for it…) satanic cult in contemporary England made up of brainwashed industrialists/miltary leaders. Not nearly as good a take on the concept as Hammer showed in the earlier The Devil Rides Out (with some of the same cast). 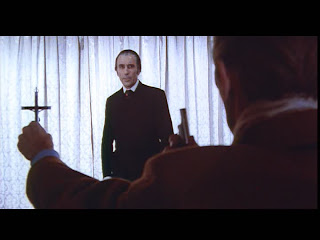 Posted by Finnias Jones at 5:11 PM