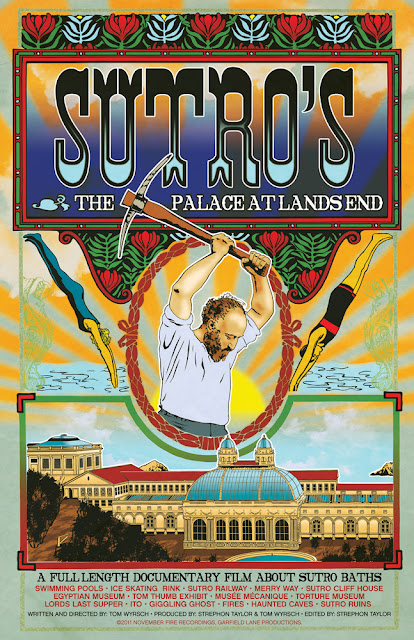 Free Agents (NBC) – 1,2,3,4 and it's gone. Watched the six episode series of the BBC version (from 2009) and it's way better. Darker, more naturalistic and filthier (though bleeped). I can see why the U.S. take on the material tanked, even though I liked the cast.

The Walking Dead (AMC) – frustratingly excellent tension during the 90 minutes of the Season 2 premiere, but I've been let down by every subsequent episode. Not sure if it's the writing or the acting that's at fault, but I find the characters uninvolving. I wish half the cast would just get bitten and go away.

The League – Season 3 started recently on FX and I loved it so I caught up with this viciously funny series with Netflix (S1) and Xfinity On Demand (S2). Paul Scheer and Nick Kroll are frequent guests on Earwolf podcasts, and Mark Duplass & Katie Aselton have made a number of good films, together and apart.

The Heart, She Holler (adult swim) –  starring Patton Oswalt & Kristen Schaal. Weird fun, if not quite funny. Like if David Lynch made episodes of "Hee Haw"…

Posted by Finnias Jones at 1:15 PM