1/01 - etc.
Twilight Zone Marathon @ SyFyHD
On New Year's Eve I cleared my DVR to record over two days of episodes which I watched hours at a time over the next week or so. Really enjoyable, the first time I ever took to seriously learn the shows history, techniques, and influence (IMDB helped to navigate). Amazingly, this was not even the full run, there are still a few still to watch including the entirety of Season 4 which are hour longs, and thus not part of any syndication airings. Thankfully Amazon Prime and/or Hulu have them all available to stream. 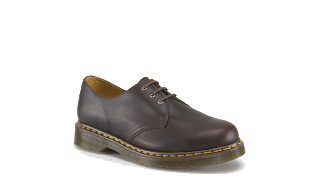 1/02
Made a shopping trip to Haight Street with a couple goals in mind:
Amoeba to sell DVDs (most were titles I had upgraded to Blu-ray), Dr. Martens to buy some new shoes (haven't worn DM's since my twenties - they are SO comfortable), American Apparel (for some shirts). Then back on the 71 bus downtown to catch a movie…

The Impossible @ Century Centre 130pm (1:47) Tense, thrilling tear-jerker based on a true story with a grueling performance by Naomi Watts (with some nasty leg injuries). And some stunning special effects of tsunami devastation. 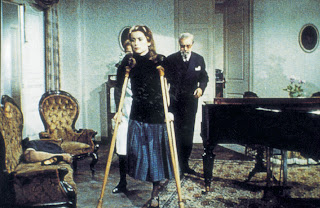 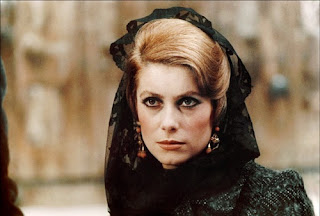 Tristana (Bunuel, 1970) @ Opera Plaza
Here's the whole darn thing on YouTube (be sure to turn on English captions)

1/11
Amour @ Clay
Amazing, sad, poetic. The bit with the pigeon… profoundly funny. Overheard a woman after saying it was a primer on taking care of the elderly. Not looking forward to it myself.

California Solo @ Opera Plaza -  Character study of a fallen former rock star. Right up my alley. Terrific performance from Robert Carlyle. Some very cool music on the soundtrack. Him selling his vintage Les Paul (instead of giving it to his estranged daughter) is a only a minor tragic moment in a story filled with much larger mistakes.

1/11-13
Showtime did their annual free preview weekend so I took advantage and watched all of Dexter Season 7 (12 episodes) and Homeland Season 1& 2 (24 episodes) via On Demand. This helped prepare me for Sunday nights Golden Globes during which Homeland won a few awards (again, at least this time I knew why). Even though, by many accounts, this second season was nowhere near as good as the first. I dunno, having wolfed down the whole affair in about two days, I enjoyed it all. Kinda made me forget about Dexter which was fun but seems to be running out of steam.

Had some drama with Comcast this month which I don't really want to get into all the details of right now (macroblocking). A technician finally made it out and seemed to have fixed the (minor) problem but now a week later, it's back. May be weather related.

Around the same time our heat wouldn't work. After some tinkering with the thermostat and the gas heater itself I got it working again. A service visit from PG&E helped to confirm it.

1/17
Anna Karenina @ Stonestown - This was on my To See list from last year, but I ignored it after reading some middling reviews. A few Oscar nominations (cinematography, costume, score, production design) convinced me to go and I was pleasantly surprised how good it was (and how deserved those noms are). Looked and felt like a musical, but there was no singing. Kinda wish Les Miz had been more like this. Particularly impressed by the romantic score (Dario Marianelli) and supporting actress Alicia Vikander (who was so good in A Royal Affair). 1/18
Latest episode of The Todd Glass Show podcast is one of its finest, due to the guest participation of two of my favorite comics (and both fans of Todd's show) Paul F. Tompkins and Jen Kirkman.

1/18-19
The folks at Earwolf did a cool thing, signing up with the Video Podcast Network and video streaming a few of their shows (and others) live from Sundance. They were fun to watch and also awkward as the hosts had to deal with technical glitches natural for first-time efforts. Overall a success and good move towards the future. The shows aired (already among my favorites) were: Comedy Bang Bang (two episodes), You Made it Weird, Who Charted?, & Call Chelsea Peretti.

1/20
NFC Championship - SF 49ers beat Atlanta Falcons (after a lot of effort). Fun game, only the second NFL program I've watched all season. Would have stayed home to watch the AFC (Pats v. Ravens) but had to go to see some live comedy…

The Sklar Brothers @ Cobb's Comedy Club, 8pm - I wrote about twin brothers Jason & Randy a few weeks back. First time I seen 'em was two years ago at SF Sketchfest doing a live version of their podcast Sklarbro County, which I had just begun listening to.* Now I'm a regular and despite not being a "sports guy" I find their takes on the Wide World of Sports  hilarious. Their standup act is fast, funny, and smart. They will sometimes literally complete each others sentences, play out scenes as characters, or pile-on tagging each other's jokes (what they call an "avalanche," or "laugh-alanche"). I met them after, bought a shirt, and complimented the heck out of them and they were both gracious and friendly. Their podcast turned me on to The Sheepdogs, whose recent video they directed.

*Second time was at a particularly chaotic Benson Interruption, also part of SFSF 2011.

1/21
The Rabbi's Cat @ Embarcadero
This was an exotic delight, like Matisse's forays into Morocco. Based on a French comic series. Really enjoyed the character designs, backgrounds, and peculiar side trips into different animation styles. Also appreciated the high and low mixture of silly sexual matters with serious religious critique, with all characters yearning towards a place of acceptance.

Mama / The Last Stand @ Metreon
Mama was creepy/scary. Chastain was hot as a punk and the kids were effectively freaky. But the sound design was overdone (like a lot of modern horror) and the CGI creature, once fully revealed, was weak and a bit silly looking.

TLS - I don't care about Arnold and never have, so he was not the draw for me, it was  director Kim Ji-Woon whose previous films I have enjoyed (A Tale of Two Sisters, I Saw The Devil, and The Good, The Bad, & The Weird). His U.S. debut is dumb as hell but fun to watch, though not nearly as stylish as his South Korean work.

All month
The Simpsons Season 5 (1994) 4 discs @ Netflix. I consider this period the peak of this long-running series for both its dense plots and fluidity of animation. These are among my favorites and they set the bar high for the subsequent nearly 20 seasons since. Each disc has 6 episodes each, all with commentaries by the creative team which are both funny and informative. I am so familiar with these shows that I am only renting them now for the extra behind-the-scenes insights. Currently watching Season 6. 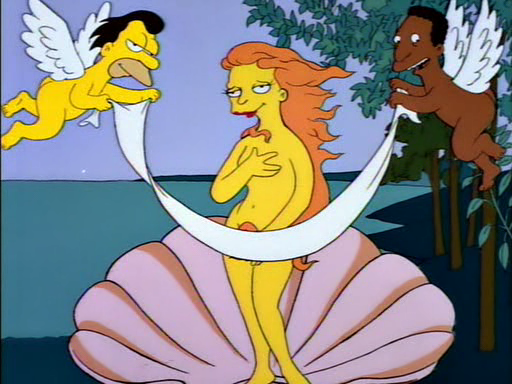 Posted by Finnias Jones at 8:56 PM