By this category, I mean stuff I caught on cable, a mix of some serious classics and corny comedies. Seeing as how my DVR is almost always full (HD programs take up more space than standard-def), I am seriously considering canceling Netflix.
Films 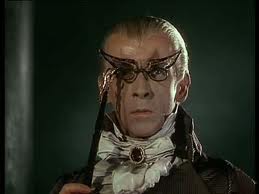 Dr. Jekyll & Mr. Hyde (1932)
It Happened One Night (1934)
…
TV Series (+ Specials)
• Svetlana (HDNet) http://www.svetlanasworld.com/
• IFC completed the runs of 90's series Mr. Show, Undeclared, & The Larry Sanders Show (which I'm going to call my favorite sitcom ever, matched only by Seinfeld. And I think I'd rank Mr.Show alongside sketch classics like SCTV & Kids In the Hall)
• The Rocky Show (original version of Rocky & Bullwinkle, occasionally aired on KOFY-13)
• Louie Season 2 (on FX)
• The Sarah Silverman Program (now cancelled, was on Comedy Central)
• Breaking Bad Season 4 (AMC)
• NTSF:SD:SUV & Childrens Hospital (Adult Swim)
• The Emmys (host Jane Lynch was good)
• CC Roast of Charlie Sheen (comedians Anthony Jeselnik & Amy Schumer were stand-outs)
• Michael Ian Black: Very Famous (CC hour special)
• “Weird Al” Yankovic Live! – The Alpocalypse Tour (CC)
• Doctor Who Series 6 (2011) - starring Matt Smith as the 11th Doctor. My first time with "NuWho" - I liked it so much I went back to watch Series 5 On Demand
• Prohibition (latest documentary from Ken Burns, approx. 6 hours on PBS)
…
Fall '11 Premieres
I don't really watch much network TV. No cops, lawyers, soaps, late night or reality shows for me. And the few comedies I do like I haven't followed all that closely. But after watching the Emmy Awards I became acutely aware that the Fall season was starting and I might as well try to get on board with Modern Family, and after two episodes can say it's not really up my alley but I can see why it's popular.
New comedy series that I gave a shot but probably won't be watching despite liking some of the talent involved:
Up All NIght /  New Girl / 2 Broke Girls / Whitney.
Free Agents I'm going to give another shot after some good words on The Paul Goebel Show
Going to give The League (FX) a look too.
So for now I'm sticking with my favorites, all of which started off strong this season:
Archer / It's Always Sunny in Philadelphia (FX)
Community / Parks & Rec / The Office / SNL (NBC)

Posted by Finnias Jones at 2:00 PM