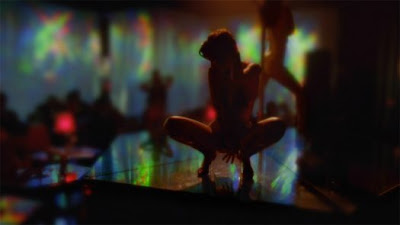 Having the benefit of picking and choosing what movies I pay to see, most of these were at least somewhat critically vetted. Thus, there are few "turkeys" on this list. All were worthwhile, in some way or other.
Films I saw in theaters during 2010
(dates compiled from ticket stubs, but a few seem to be missing)


(Special note: I had a ticket for CT's War Of The Insects in October but was unable to attend due to my house being burglarized that day.)


(Also, I watched a lot of Rifftrax enhanced films this year at home like Clash of the Titans, The Last Airbender, Twilight: Eclipse, and Santa Claus & The Ice Cream Bunny. But they deserve an eventual post of their own. More later…)

–––––––
Still to see
Rabbit Hole, Another Year, Ghost Writer, The Secret In Their Eyes, Buried, The Last Exorcism, Jack Goes Boating, Hot Tub Time Machine,  A Serbian Film, Mother, Un Prophete, I Am Love, Restrepo, Triangle (?), The Square (?)
Harry's best of list over at AICN features a number of titles yet to be released that I hope to see this year.
&
Capone's exhaustive list, including worsts of the year.
–––––––


See also my earlier home video post. I may edit to add some comments about the above titles, but frankly, the future is here and I've got other shit to do.
Posted by Finnias Jones at 3:24 PM

Email ThisBlogThis!Share to TwitterShare to FacebookShare to Pinterest
Labels: 2010